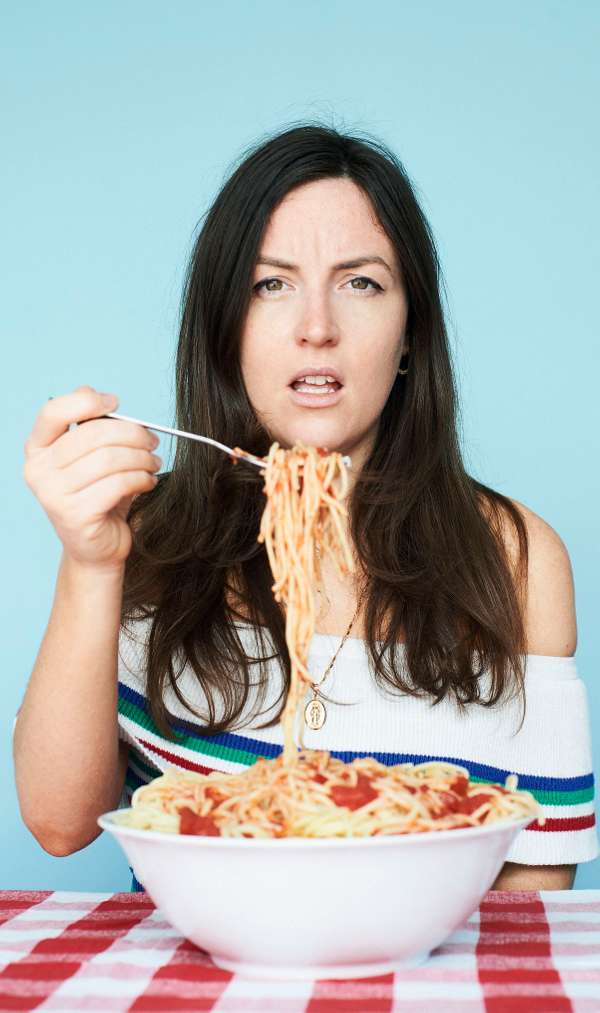 PHOEBE WALSH: I'LL HAVE WHAT SHE'S HAVING We're born alone, we live with weird people we find on Gumtree, we die alone. Phoebe does some lovely jokes about the struggles of living, working and finding true love in this post-truth world. You'll either relate to what she's saying or feel glad that you don't. So, whoever you are, you should come. Phoebe's credits include writing for Vice and Elle magazine, sketches for C4 and E4, starring in BBC2's The Javone Prince Show and All4's Webscam.

DAMIEN SLASH: DEMOGRAPHIC When an innovation guru is faced with the problem of death, drastic attempts to innovate his way out of the problem result in a catastrophic shattering of the matrix. A multi-character meltdown of madcap personalities and extraordinary vocal variations. Damien Slash has appeared in The Damien Slash Mixtapes (BBC Radio 4), Red Dwarf (Dave), Camping (Sky Atlantic), Pls Like, Sexy Murder (BBC Three). 'Sensational' **** (ThreeWeeks). 'Genius' (Dan Stevens). 'Rocks the rock out of the shit!' (Rich Fulcher).