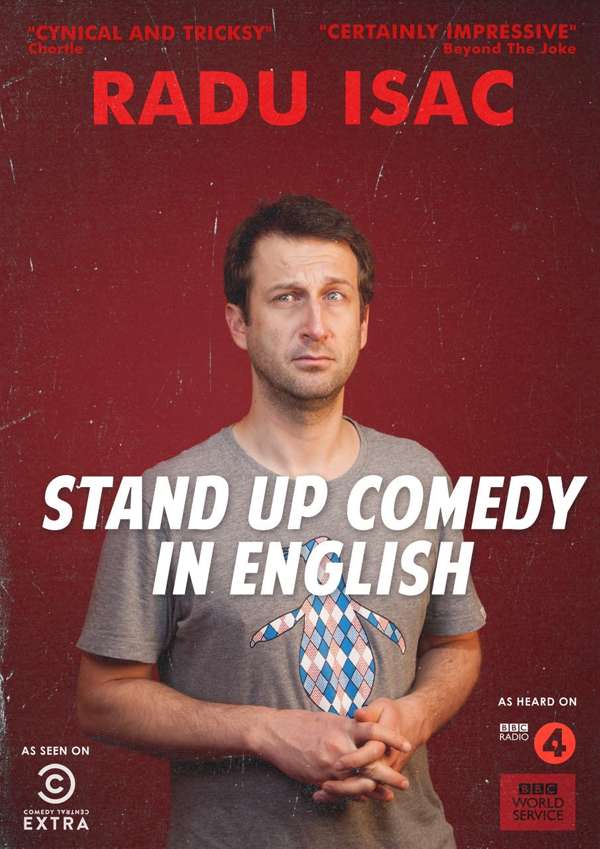 Radu has been a professional comedian in Romania ever since he was old enough to quit college. For 9 years he was known as Romanian's comedians comedian. In 2015 he moved to London and in 2017 made it to the final of the English Comedian of the Year competition.

His stand up was featured on multiple BBC and Comedy Central programs.

"intelligently subversive'' - The Scotsman “still making me giggle” - Three Weeks "certainly impressive" - BeyondTheJoke.co.uk "simultaneously sweet and dark" - Chortle “The audience loved it and I think you will too” - CounterCultureUK