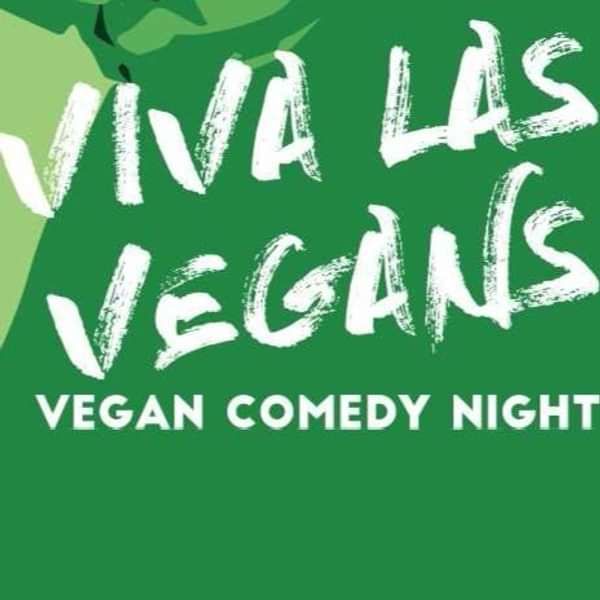 Welcome to Viva Las Vegans, the world's first ever Vegan Comedy club. We get the best vegan comedians from all across the UK and give the most vegan-positive comedy show you’ll ever see. Alongside that we have some vegan snacks, so You'll "leaf" with a smile on your face, and want to come back for herbi-MORE! It’s a silly comedy in a lovely, intimate, engaging and hilarious environment. Everyone is welcome. Come early for the vegan food and stay for the high quality comedy.

We're at Camden Comedy Club on 9th October at 7.30pm. At each gig we have legendary roster of vegan comedians and the best stand-up comedy available. £5 in Advance

"REALLY FUNNY" Broadway Baby "Warm and Endearingly Funny" Narc Magazine "One of the funniest, most enjoyable comedy shows we’ve been to” Monsoon “Matt was the host for the evening, and he was fantastic. He was warm, charming and witty and had great banter with the audience” The Vegan Twist