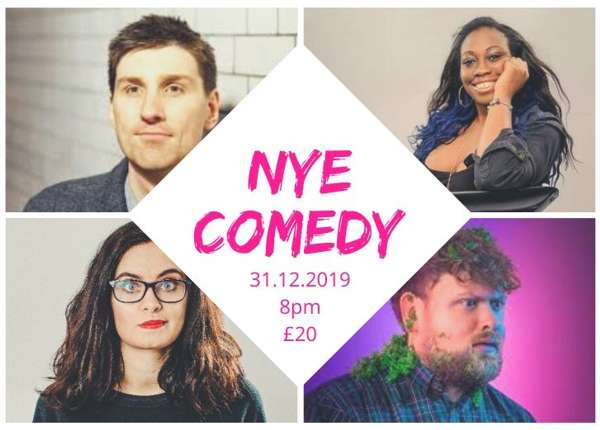 We're delighted to announce our sixth annual New Year's Eve Comedy Special. This night of top notch stand-up sells out every year so grab your tickets now! How better to bid adieu to 2019 and welcome in 2020 than with a complimentary glass of prosecco, a night of hilarity served up by some of the UK's best comedians, followed up by free entry to the Camden Head's NYE party!

*SEAN McLOUGHLIN * (As seen on Stand-Up Central, Comedy Central At The Comedy Store and Vice, Kevin Hart’s LOL Network and Netflix sitcom ‘After Life’) Tour Support for Ricky Gervais, Bill Burr and Katherine Ryan 'The best comedian you haven’t heard of' Time Out 'fizzing with ideas, intensity and bloody great jokes' Chortle ★★★★ The Scotsman ★★★★ The List * ★★★★ *Three Weeks ★★★★ 'McLoughlin’s jokes have a staggeringly high success rate' The Wee Review ★★★★ 'the epitome of the skilful stand-up' Bruce Dessau ★★★★ 'McLoughlin is one to watch' Broadway Baby