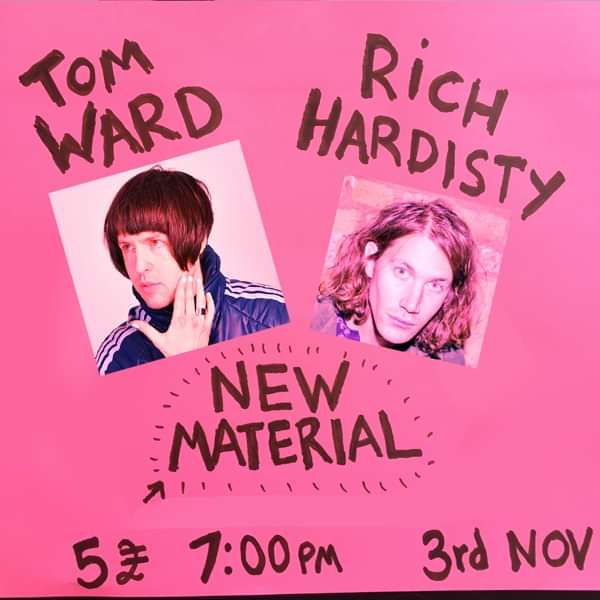 "Top mates Tom Ward and Rich are doing a work in progress show - 30 mins of mucking about each to work out what you people like, and then a chat together on stage.

They'd love you to join them as they meander through the big themes of the day...

Tom Ward has been seen on Comedy Central’s ‘Roast Battle’, ‘Stand up Central’ and ‘Live From The Comedy Store’. In2018/19 he presented the hugely successful Wrigley’s ad campaign ‘In My Personal Space’ with Ladbible. Seen by millions he brought his unique style to interviewing celebs such as Kyle Walker, Lady Leeshurr, Jamie Laing and Raleigh Ritchie in an up close and personal encounter. He has done three solo comedy shows at The Edinburgh Fringe, receiving 5* reviews for each and in 2019 and 2018 respectively he was Jack Whitehall and Joe Lycett’s official tour support.

He has performed in shows for C4, BBC and Netflix, has developed 2 sitcoms with channel 4, and written projects with production companies Baby Cow , Spelthorne and V.A.L.

In his stand up Rich mixes anecdotes about mental health, childhood, cultural observations and questions some philosophical ideas (free will/morality/happiness), all from his unique naive/childlike perspective."